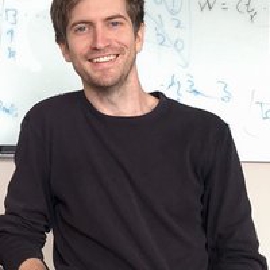 Travis Bartley received his BS degree in Electrical and Computer Engineering from The Ohio State University in 2010. From 2010 to 2013, he worked as a research engineer under Professor Kazusuke Maenaka at the University of Hyogo. He then joined the Shuji Tanaka Laboratory at Tohoku University, where he worked as a researcher from 2013 to 2015. During these two appointments, he conducted research on circuits and algorithms for sensor systems. Since 2015, he has been pursuing his MS and PhD degrees in Electrical Engineering and Computer Science at the University of California, Irvine. His current research focuses on architecture and algorithm co-design for computationally efficient neural networks.